Low Level Laser Therapy (LLLT) has demonstrated the ability to significantly accelerate and enhance the body’s natural defense and repair components in the presence of injury, inflammation and certain disease processes.

The 830nm Laser elicits more cellular responses and is used for more conditions than any other laser wavelength. 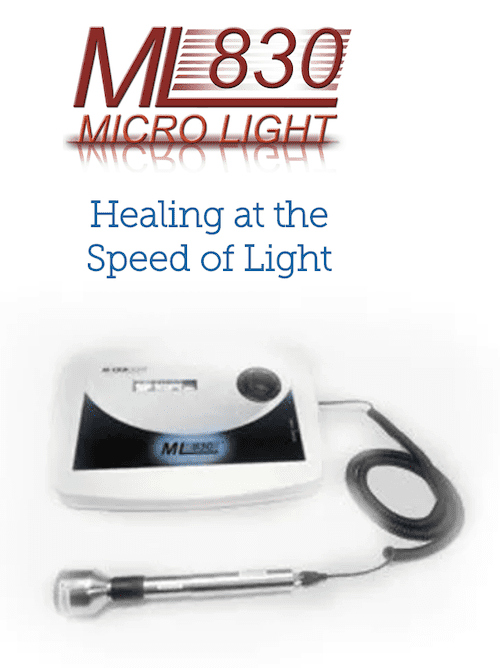 Studies have shown that by modifying the effects and limiting the duration of inflammation as well as enhancing specific repair and healing processes, LLLT is consistent in providing pain relief, reducing injury damage and loss of function, in addition to facilitating more rapid repair and stronger healed tissue structures.

Multiple clinical studies have noted the following results of LLLT: 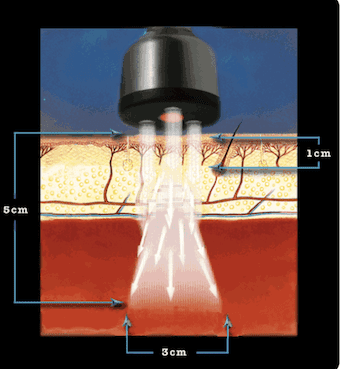 When evaluating the sometimes confusing and varied choices in low level lasers , the question is frequently asked, “why is the 830nm wavelength better ”? The answer to this question is essentially one of penetration and delivered energy. In the treatment of soft and connective tissue injuries and disorders, the goal is to deliver the most effective laser wavelength to the target tissue.

"I had a gastroc recession (calf muscle) in December and a pretty substantial scar from surgery. I have been receiving laser treatments on the scar tissue and it has definitely improved in appearance and texture."

Some 30+ years of scientific study and clinical research has provided us with detailed information on the reaction of biologic organelles to laser light. It has also shown us which wavelengths penetrate most deeply and what energy levels effect biological processes in the most desirable manner. We need to fully understand the relationship between the depth (from the skin surface) of the target tissue and the ability of the therapeutic laser light to reach that tissue.

"After having constant, severe pain in one of the bones in my foot, the microlight 830 laser reduced it within a week. The pain returns occasionally, but I haven't had any the last month."